Posted April 8, 2011 by Tyler McCracken under Rentals & Landlording, State of the Economy 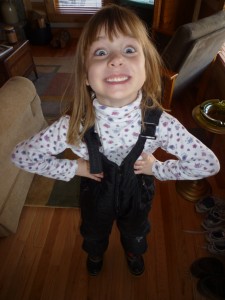 How’s that song go?  “A little bit of this -A little bit of that”. The latest real estate headlines have been piping in about rent increases that are occurring as the national vacancy rate is shrinking.  Apparently, newly created renters (whether new household formations and/or those leaving the home-ownership role) are getting caught in a short-squeeze due to all the distressed homes not being turned into occupied houses.  How ironic. Remember 1-2 years ago when the press was all hot to inform the resident (tenant) to negotiate hard with your landlord for a rent reduction due to the large vacancy rates.  What a radical swing? No media pundits telling those residents to lock into longer term lease agreements to hedge against rent inflation -now. Why not!?! Just silence.

If you are in a market were your vacancy rates are tightening, I would suggest you go with conservative raises and use improved cash-flows (or at least partially) for improvements to your rental properties.  At least in the mid-term (2-4 years), I would say we will likely see a double-dip in the vacancy rates.  Sooner or later, all those unoccupied homes (somewhere in the foreclosure cycle) will be absorbed.  I do not think we can expect a logical absorption as more household formations (occur) and people re-enter the home-ownership role.  Therefore, prepare for the vacancy rate to weaken as the unoccupied houses get reabsorbed in the market.

I had read that some 10.3 million homes (average) were vacant in 80’s, 10.5 million in the 90’s, and then 15.3 million through the 00’s. In reality,  I’m not so sure that is completely out of whack (is that a word?). After-all, we have averaged 30 million in population growth for each of those decades.   Hmmmm  -perhaps, the locations with absurd vacant home rates are the area’s with the greatest boom & bust effect.   You know those 5 States that have represented some 60-65% of the foreclosure’s through America’s Credit Crisis.  Of course, one has to take into account other factors (such as doubling-up & population migration) that maybe affecting your local vacancy rates too.

With that said, I posted an article, Vacancy Rates, about a month ago were I had sited an extremely weak 4th quarter in our local rental markets (Charlotte, North Carolina) and backed it up with Census Bureau statistics.  Unscientifically, I am seeing a reversal -now.  Year-to-date, I am seeing our vacancy rates improve dramatically and predominately driven by three main effects: Tired of having a roommate (or living with mom & dad),  new job, and/or transfer into town (with a weighting towards cannot sell old home vs. waiting to get comfortable with our new surroundings).   I suspect our local vacancy rates will trend down from the 9.8-11% range down to 7.8 to 9.5% for the first half of 2011.   After-that,  it’s anyone’s guess.

Why do I say that?

I believe 2011 will be the year of the deluge of distress houses on the market (at least for Charlotte, NC) after the back-up from the ‘robo-signing’ fiasco.  Read my “Blood in the Streets” for thoughts of how I believe this is the year for a real estate investor to have the greatest odds of taking advantage of the market distortions that we’ve been witnessing for the past 3 years.    I think investors will be putting the majority of these homes back on the market ‘for rent’.

So -I do not predict an extremely healthy rental market trending down to 5-7.5% vacancy rates (at least locally).  However, I think we as a Nation have been so beat-up, especially after getting blind-sided contrary to what the vast majority of experts were espousing during the great boom years of 2003 to 2007, that we are underestimating our abilities and talents in this great country we call the United States of America.    Jobs -they are coming.  This will heal our issues (although -not overnight).

So while our country works at creating another 30 million people in this Nation from 2011 to 2020, we will slowly whittle down that excess 5.3 million in homes (from the decades average(s) quote from above).  Don’t forget home builders will probably not exceed in creating anymore than 250k to 600k new homes per year for the next 2-3 years while we continue to average some 500k to 1 million new household formations and an unknown amount of  double-up declines (from those new jobs).  Remember supply and demand.   So what are the media pundits going to espouse next?

It’s gonna happen -the formation of a bottom is setting now.  The ball is starting to roll.

Blood in the Streets: The Market is Ripe for Real Estate Investors

Self Directed IRAs and the Money for a Real Estate Investment