Posted February 26, 2011 by Tyler McCracken under Education, Rentals & Landlording, State of the Economy 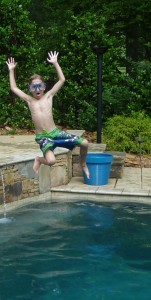 Keeping your rental units fully occupied is always a top priority in the world of landlording. Over the past year, I noticed the typical up and down swings we see due to the seasonality of our business; however, I also noticed a rather large downdraft through the last three months of the 2010 that was greater than normal.  I had been feeling the weakness in our local (Charlotte, NC) rental markets for the past three years while listening to the experts about how vacancy rates are going down and correspondingly rental rates up.

Now we all know every local housing market is different. While we all are feeling the pressures of the economic recession and the depression in rental markets (as a whole), it is obvious that every city, town, region is feeling the effects at different rates and at different times of the ebbs and flows of the cycles.  Our real estate market didn’t truly get hit till the Fall of 2008 –so you could say we were late going in.

For me, what the press and experts were saying wasn’t correlating with what I was seeing on ‘the real streets’ of reality. Locally, we’ve still been witnessing deflation in rental pricing rates (with the exception of certain rental niches) and 10%+ vacancy rates.   Not to mention, certain segments of the rental population still not realizing the cost of moving and thus, causing ‘tenant turnover’ –which is a killer to the landlords bottom line.

One of the greatest issues I’ve been trying to get a handle on is just what is the over-all vacancy rate of our local Charlotte, NC market not to mention various regional, and the national market as a whole too. We have rental units and home-ownership houses (in various stages of pre-foreclosures to REO) that are sitting empty.  It’s hard to get ‘true’ stats on how many homes are vacant.

This past week, I received an email that contained the Bureau of Census Quarterly Stats on Vacancy Rates of Rental Units and Home-ownership homes broken down by States and the Top 75 Metropolitan Areas.   What I discovered was that our State Rental Vacancy Rates fluctuated between 11% and 13%, Homeowner Vacancy Rates ran 2% and 4% while our Charlotte Metropolitan area ran between 10-12% and 2.2-3.5%, respectively.    While I don’t always believe other people’s spoon fed statistics –as I think the homeowner house stats (at all levels) is actually higher, it helps confirm that locally, we are dealing with 10%+ vacancy rates.  This is not conducive to raising rental rates –in fact, it’s quite the opposite. Something to think about when your trying to “Slow the Turn” with vacancies.

Here are the Bureau of Census Statistics for your viewing:

For addtional thoughts, Check out my next article:  Home Ownership Rates.

Real Estate Investing: Are You Mentally In The Game