Posted February 27, 2011 by Tyler McCracken under Education, State of the Economy 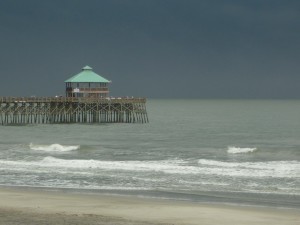 Home-ownership Rates across America reached record highs during the turn on the century with the help of government backed financing and the inherent greed of the individual: whether that came from the homeowner, lender,  government official, or any other party/influence along the lines.   Not surprising, it is not a right but a privilege based on responsibility that this opportunity should be received.   If anyone would like to argue the opposite, their in denial of the facts presented by the historic wave of foreclosure’s and the unprecedented results of this experiment that has almost brought our Lady of Liberty to her knee’s.

Yesterday I wrote a rather sobering article on vacancy rates of housing in Charlotte, North Carolina, and throughout America.  This is a direct result of speculative building and a thought that annual household formations in America would forever spiral upwards.   Check out your area’s vacancy rates: Vacancy Rates.

Nationally, I believe we peaked at a National Home-ownership rate of 69% up from fifty year average of @63%.  The latest figure to come out states that we have pulled back to @66.8%.  I’m a big believer in natural cycling of ups and downs.  As a result,  I believe that our home-ownership rates will hit the average of 63% (if not lower) before this is all over.

So what does this mean?

I certainly wouldn’t want to be a New Home Builder (or investor in them) as a generalization.  This means that home values will trend towards a valuation based on the income they can derive (naturally via a landlord renting the property).   Of coarse, this valuation will be somewhat offset by a home owners desire to own that particular home.   An investor needs to keep an eye on their local employee income average’s for not only the city as a whole but the particular neighborhoods (of investment) too. See “Rental Rates for Maximum Cash-Flow” for additional thoughts.

My article of vacancy rates highlighted the challenges we are facing in the cycle locally.  I didn’t hit on one aspect that would give fellow real estate investors the positive side to investing. First off,  I believe Charlotte, NC was late to the real estate cycle down-draft.   It appears as though we are running one year behind most major metropolitan area’s.  Secondly, it doesn’t necessarily mean we will lag on the way out -either.   This will all be dependent on demand which can most closly be tracked by population migration and more importantly: jobs.

If you look at the following reports “Home-Ownership Rates by States” and “By 75 Top Metropolitan Area’s”, you will see that our area has been running at a 64-65% home-ownership rate for 2010.  That is on the healthy side of the national average of 66-67%.   I would say that means we are churning through the non-performing homeowners at an advanced rate.   And that is the other key to stabilizing the housing market: working off the inventory of non-performing loans (houses) and converting to performing.  I would say we have a solid three years before we start seeing a positive trend in this cycle.

As an investor what does this mean?

Well in my vacancy article, I highlighted how 2010 was rough for Charlotte.  Unscientifically,  the start of 2011 is tracking well above 2010 for rental demand.   I suspect we will see a good 1- 1.5% shaved off our local vacancy rates by Spring 2011.  This will not only stabilize rental rates (if not create some increases) but will correspondingly increase real estate investors appetites for more rental inventory.  Thus, creating a floor on real estate prices.

As a whole, keep an eye on the home-ownership rates. We will see  lackluster pricing power let alone trailing rates of appreciation until it stabilizes and moves in a positive trend.    We won’t see that for 5-7 years.  As an investor, we are in the sweet-spot of purchasing real estate. It’s almost impossible to time it; however by averaging in year over year, one can amass a rather well-rounded portfolio of rental property investments to take advantage of the next cyclical run in our housing markets.

Opportunity is everywhere right now in the midst of chaos.   However,  I’m not asserting that one speculate.  Cashflow is key to getting from point a to b.   If your interested in learning more,  ‘Rinse and Repeat’ is a good starting point to indentify cash flowing investment property.

One can apply my thoughts to national trends -you just have to look at the statistics and see were your local market is in the cycle.