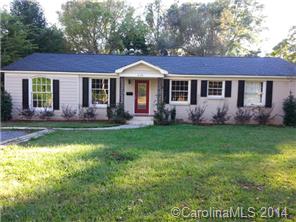 In time we all learn that sharks exist everywhere -what scares me most is that when we are at our most vulnerable point we tend to expose ourselves “Wanting to Believe” and thus getting bitten.  $15+k in credit card debt, working paycheck to paycheck, divorce, bankruptcy, laid-off, whatever it is, when the pain is great enough we reach out for help (and illogically will believe in the illogical).  Odds are no greater than winning the lottery that you will become a millionaire, quit your job, and/or become financially independent within a year!  Do you really feel like you will be the lucky winner as some Real Estate Guru teaches you how to increase your line of credit on your credit card so you can charge their $5,000 real estate boot camp on it???  Sure some have done it but that’s certainly not ethical nor acting in a fiduciary responsibility. Really think about it!  If the success and the guru’s confidence was that great in YOU, they’d finance that class for you without question.

Things that make you go hum….

During the Real Estate Boom I shared one example of absolute stupidity of a real estate deal gone bust and all orchestrated by a local self-proposed guru who also worked (probably still does) in the ‘russ whitney mentoring program’.  When challenged by myself and a few other local investors (that eat, breath, and live this stuff as a profession), he raised his hands in exasperation in front of the whole group and said… “Look I don’t know.., the real estate appraiser says its worth X.”

LOL -how sad.  He should of been kicked out immediately if he could not confidently justify the values on the spot.

Go read that original article, Paying for a Real Estate Education, and then come back to read my follow up here…..

In the Summer of 2007, I was approached by the owner to assist with financing to rehab this home that had basically been a non-performing rental for sometime.  Based on the dysfunction surrounding the property, I choose not to financially get involved but offer advice when sought.

So a wholesaler locked up the deal @$60k and then proceeded to sell to a “guru” and said guru’s neighbor in 12/2007 for $120K with the original seller taking back a $35k 2nd behind an out of state private money lender (given the opportunity from said guru) who provided a $150k 1st loan.  Whoa!!!   Well -if you read my 1st article you know the guru had no doubt it was worth more than $299k fixed up….

The Charlotte, North Carolina real estate market officially hit the skids in the Fall of 2008.  So here we have obvious dysfunction -certainly not the type of partners one wants for success.  Said investors have a house with $185K in loans on it and it will never sell for more than $189K at the peak of the market.  Guess what!!  Want to argue otherwise?  -then tell my why it sat empty with no activity until Spring of 2013?  6 years later.  Why?  Cause it was dead in the water from the get go. -But.., remember dysfunction will always give excuses just hope it’s not happening while your checkbook is involved.

Now that Elderly Private Lender took it back in Spring of 2012. -thus wiping out the 2nd loan from the original seller.  I assume elderly because he was a widower by this point.  He listed the house ‘as-is’ for a while from $120k then to $99k and then sold it for $60k to another wholesaler that flipped it to an out of state entity for $90k -the very same day in the Spring of 2013.  Think that out of state entity may have ever walked the property noting the busy road or huge power stand and lines?

Well -this team got busy because they listed the house all fixed up for $249k in the Fall of 2013.  Guess it only took them 2-4 months to rehab.  Bet all those that invested with the local guru wish the same had happened back in 2008. 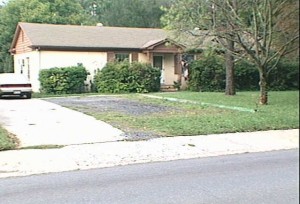 Now if you read my first article you’ll see were the original seller, a private money lender, the self proclaimed local guru’s neighbor all lost a good amount of money.  A good $150K+ as a matter of fact.   Are you prepared to lose what money you have or go further in debt?

Notice that the local guru had no money in this deal -put’s a whole new meaning to put your money were your mouth is….

Funny thing is (Or not) is that ‘The Sharks’ never have their own money in it -just their prey. Talk about no skin in the game.

Some ask why I’m so forthright in calling people to the mat.  Well here is the truth…

We learn more from our (and others) mistakes and thus I like to talk about them.  Investing since 1994, I will tell you I’ve taken my share of hits and if you’ve hung out with me or read some articles you’ll know them first hand.

Sharks don’t talk about hits…., they only share success.  You see those seeking a quick solution and/or are not open to constructive criticism do not want to here about failures.

My advice?  Go slow.  Read online for free and books from the bookstore.  Volunteer at your local real estate organization.   Hang out with those that do this for a living and learn to seperate from the B.S. and hang with the real deals.

Real estate will not be an instant cure; however, over the long term can create financial independence.  Do not set yourself up for a $150k+ loss -talk about paying for a real estate education.