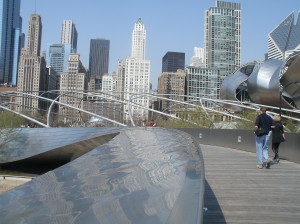 The power of compounding is the secret to wealth with rentals over time. Landlording is a disciplined approach in the game of real estate.  It is one where once you dial in your inventory of rentals, lock in your financing, and unlock the secret of management, one can (somewhat) put the rentals on autopilot. I think its a natural human  trait to get impatient and want it now.   Often I find landlords making mistakes in their haste to build their empire.  Please temper the traits of ego, greed, and impatience.

Reading the various real estate articles that hit us almost daily,  I read that we have some 4-19 million in vacant homes (with 2 million listed for sale) and a national rental vacancy rate of some 10.1%.   Having owned many different types of rentals (both Single Family Homes ’sfh’ and Multi-Family Homes ‘mfh’), I can tell you there are repeating patterns of what type of property has greater odds of higher (than normal), maintenance costs, tenant turnover, and vacancy rates.

The obvious is that some landlords just refuse to adjust to market changes. Over the past year we’ve witnessed rental rates decrease by $100-200 per month on $950 to $1,500 dollar rentals (and even greater as one goes up the rental rate spectrum).  Personally, I believe that most of these homes were investments where value was being pushed to its maximum with the only logical intent being based solely on appreciation.   These typically were poorly placed multiple quasi-made bedroom rentals (such as duplex conversion to SFH)  pushed towards section 8 housing during tight vacancy rate cycles in the older housing markets and newer constructed houses that are 3 bedrooms now competing against a vast sea of homes (out in the suburbs that look just like them) and even worse -the competition of the 4 bedroom home next door.

So what red flags exist in my mind as potential trouble for the ideal rental?

Now those are just some random generalizations that stack the odds of success against a landlord.

Let me give you another thought to consider.

I do not believe one can just go buy anything and be successful.   Even if you went out and bought a $200k house for 70% (of value) which is $140k with 20% down.   You’d have a PITI of @$ 945/mo   based on a 30 year amortized fixed rate investor loan at a rate of 6.5% and our average (which is low compared to national rates) of property taxes and insurance.  Hopefully -its a four bedroom so you could at least get $1100-$1250/month in rent for the better areas.   Explain to me how that makes sense?   Odds are you have turnover every 1-2 years due to this target market having a great rate of home ownership conversion and a sea of two story carpet (not to mention paint and additional square footage) to maintain.   Did you know the further your out in the growth ring of city suburbs the lower the rate of appreciation (Google ‘growth ring rates on cities’) as a generalization?   I know a few landlords that have success at this; unfortunately, I know far more that ultimately loose out in this game.  While I know there are many ways to make money with rentals,  this is one that I just don’t see.  I would prefer to sell this home retail and take the profit.

I target two distinct markets that I characterize as my ‘creative loafers’ and my low income stable neighborhoods that attract the blue collar working class.

For the “Low Income Stable” rentals, I mention in the “Rinse & Repeat” article -the Fordham Property.   As you know there are good people & families at all economic levels.   What is it that you think they want for their families and themselves? They want a home that is in a neighborhood of familiarity and/or near work/family; however, they also want the best of the best neighborhood that fits their budget too. With that in mind, consider two neighborhoods across the street from one another,  which one attracts a greater rent (or sales) price?  Study that.   I like to target neighborhoods that are primarily single family homes.  Of coarse the higher home ownership rates are important; however, as one goes down the income level (and corresponding home value) -it doesn’t always relate with low income housing.   I want neighborhoods that have a preponderance of lawns in yards and people that work during the day versus walking the streets.   Pride of Self should be reflective.

This target market tends to have a higher rate of ‘career tenants’ that will rent for their entire lifetime. In our throw away society, the one thing that really hurts our bottom line of income is tenant turnover.   What one market caters to lower turnover with proper screening?  Yup -low income stable.   My 5, 10, 15, 30+ year tenants are overly concentrated in this market.   Folks -these people buy the house for you -not to mention tend to create minimal wear & tear let alone damage.

My other market -the creative loafer.   These are usually the younger generation of 20 & 30 year olds that want to live in older historic housing stock near entertainment & downtown districts.  They are getting a better rent rate for the risk of being in a emerging neighborhood market.  This crowd is a major influence on making major social-economic demographic changes (and it has nothing to do with race, religion, or color).   When this occurs one see’s major changes in both rental and valuation appreciation. Ever notice how you’d love to invest in a neighborhood but can’t make the cash flow numbers work.   If you’ve willing to take a greater risk, can identify the change, and willing to put up with more economic & social issues, why not be ahead of the curve and help create that neighborhood you desire to have property in?   Of coarse patience and diversification is recommended as it could take years (or decades) for change.   I want to focus on the neighborhoods that are pushing the city average appreciation rates.

Buying rental properties is more than just righting a check and getting a loan.   There are alot of intricacies that goes with what is and creates value.  Learning and Identifying those niches that will both create and accelerate wealth over time with rentals is the key to success. Believe me there is more than meets the eye!   Fortunately,  it is not rocket science and can easily be duplicated no matter were you invest.

Go slow.  Educate yourself.  Be Patient.  Rome wasn’t built overnight just as wealth isn’t either -at least 99% of the time.

The Paper Concepts of a Private Money Loan

Missing the Keys to Success: It Really is This Simple