Posted January 3, 2013 by Tyler McCracken under Education, State of the Economy 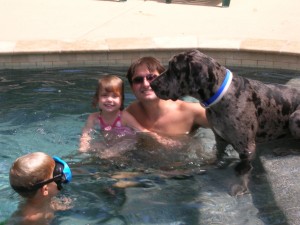 Truth was that while I was reaching the peak of our hard money lending operation in Charlotte North Carolina at that very moment of Christmas Eve, December 24, 2007.  I sat for the first time in my newly finished hot tub, I was scared to death of what lay before us as real estate investors.   HSBC had written down tens of billions of dollars of Sub-prime Home Loans and the Bear Sterns Hedge Funds had exposed the realities of the Mortgage Ponzi Scheme that laid before us.

While I was celebrating outwardly with the newly manicured landscaping and pool, inwardly I was prepping for an all out minefield.

My first skirting with the real estate slowdown was August 2007.  I could see it in all the local real estate stats with inventory build-up, pricing pressures, and a pop in the emerging markets (usually the first to go along with distant suburban housing).  I had spent the next three months systematically going through our clients financial data analyzing their entire portfolios and providing advice on strategic moves (on their entire portfolios -not just opinions of what to do with our own loans).  In reflection, I came to believe that the Big Bust started in August, 2005 in Florida with a personal tale of lost opportunity (but the damage was masked by Hurricane Katrina).  Read my article: Swampland: The Bursting of the Real Estate Bubble)

You see I remember that day (back in the hot tub on Christmas Eve 2007) like it was yesterday.  There I was celebrating the fruits of my labor but those tears were not of joy -I had no idea what lay before us as the data (and I always believe the data) was signaling big problems.  Yet, I had fought quarter after quarter of upward movement in housing prices since February of 2002 and until this time been consistently proven wrong.  Some were saying “no, Charlotte’s Different” and our market was still humming along while others were coughing and sputtering from 2005-2007.   Truth is, I was afraid the economic tsunami would wipe me out.  The fear of the unknown was overwhelming.

So what did I do?    Did I just sit there doing the same ol’, same ol’?  Certainly not.  Being a Hard Money Lender, our inventory is money. I built a reserve so great that I felt I could weather a systematic collapse of every entire loan in the portfolio. Radical -yes, but I weathered the storm.   Thankfully, I knew better than to follow the footsteps of many lenders who fell off the old school 3:1 debt ratio and started borrowing at 10:1 and upwards to 30:1.  There used to be some ump-teen lenders that lined the walls of our local real estate investor organizations; fortunately, our lending operations never shut down, weathered the storm, and has been an active participant in Charlotte North Carolina real estate market -to assist our clients the entire time.

What happened next was literally unbelievable.  Most of my investor clients didn’t move quick enough as we rounded the corner in the Fall of 2008…. My mantra was “move the inventory” through the Spring/Summer of 08′ and most were disillusioned by thinking it was still a sellers market or convinced ‘just one home-run’ would cure all ills.  It was a nightmare.  When Wachovia (went under) was forcibly taken over by Wells Fargo Bank -the music stoped and many were left without a chair.

Folks – I will never forget that first Friday of October 2008.  The streets were empty and the neighborhoods of Charlotte, NC were quiet.  You could hear a pin drop.  Eerily quiet.

Those real estate investors who were already living far beyond their means were already going under; however, over the next year, the remainder of investors that couldn’t (or wouldn’t) react to winds of change due to over-leverage, ego, fear, or what have you systematically fell like domino’s.  I shed many a tear and many an hour with investors going over balance sheets and profit/loss statements working on strategies.   Most failed because they would not take action.  They would not stomach short term pain and sacrifices for the belief (or denial) that the market would stop it’s free-fall and firm up.  In “You Can’t Handle The Truth Part I”, I was clearly saying that our local real estate market was down 20-25% across the board (with some neighborhoods hitting 50% drops) while most economic data was saying we were only down 9%…  that was a crock huh?

I spent days, weeks, months (if not 1-2 years), waking up every morning facing the same thing.  Facing the realities of bad situations with many investors who were literally losing everything… including the shirt off their own back.  Naturally, I had no idea if I was going to make it either.  You know I’m an advocate for ‘taking off the blinders’ and seeking that which one cannot see; however, this was a moment in time where I had to absolutely set a game plan, work it, and stick to it day in and day out in an unwavering conviction.  Quite frankly… I was scared out of my mind.   The rug had been pulled out from under us and I was not certain where the bottom was.  The Great Real Estate Depression brought back the terminology we’ve not heard since the 1980’s.  Real estate is an illiquid asset.  Yes we buy at wholesale prices; however, when the knife’s falling and the times are uncertain.  One had better be able to sit tight with their real estate investments because nobody’s gonna pay retail during times of distress.

We all know it wasn’t a pretty time.

From there we were seeing the shake-out of a bottom in the housing markets with most of us spending 2009-2010 playing defense and shoring up our foundations.  It wasn’t till we entered 2011 that both my feel and the data suggested (as I stated in) that there was “Blood In the Streets” and it was time to re-enter… While we were in the free-fall drop of housing prices, those of us as landlords also saw our rental rates decrease as turnovers occurred and the amount of “households” shrunk (people moving home, getting room-mates, etc.).    Katy barr the door.  And yes household formations shrunk to the peak high’s of 3 million/year back to multi-year averages of 1 million/year.  Panic was everywhere with this big impending fear of “vacant shadow housing stock”…   What people also forgot was that new housing units dropped to record lows of 300-500k per year too .

So as a result of this shadow stock of vacant housing, lack of new construction, and forward march of new households being formed (let alone the pent up demand yet to be unleashed by roommates tired of roommates or kids dying to move out of mom & dad’s),   what we saw in 2011 was the forming of a new foundation.  A foundation of stability both in the rental markets and the residential housing market that wholesalers and rehabbers provide homeowners with newly refurbished homes.  Check out my further thoughts in “Don’t Get Blind Sided…” or call in “Real Estate Investors Need Stability.”

Now that were headed into 2013, we real estate investors have proven data (since August, 2011) that there is stability in our housing markets.  With that we have the ability to fire up our real estate businesses and fine tune them to fill demand.  Ironically, we’re seeing a flood of new investors and money; and as a result, froth in certain segments of our real estate markets.

It’s ironic celebrating a 5 year cycle right in that same spot.  No tears of joy nor pain.  Filled with both a bit of numbness (from the past) and excitement for the future.  A bit more old and a bit wiser the question is “what will the next 5 years bring?”

Have you thought about our next direction?  The opportunities in rentals, wholesaling, and rehabbing are out there.   Our real estate markets will continue to evolve with distortions available at every turn.  Stay awake.  Stay Educated.  Stay open minded and take  action.